MiGFlug was founded by current CEO Philipp Schaer and a friend from University, Flavio, in 2004 in Zurich, Switzerland. Both founders were – and still are – are aviation enthusiasts.

What ist the story of MiGFlug?

Make flights, not War! As much as the MiGFlug guys love aviation and military aviation, they dislike War more than everything else. It ist the technology, the speed, the noise that they liked. The idea to found MiGFlug came about when Philipp and Flavio were traveling through Eastern Europe during their University years. One epic night in a Moscow dive bar, they met this Russian military pilot and convinced him to take them for a fighter jet flight. That question was obviously meant as a joke. But it let to a surprising outcome. One of the upcoming days, the pilot smuggled them into a Russian Air Force training airbase and took them for a flight in an Aero L-39 Albatros. As unbelievable as it may sound, this is how the company was born! Following this first unforgettable flight, Philipp and Flavio navigated the complex Russian military administration to make this incredible experience available to other avgeeks. And as demand for flights grew, MiGFlug expanded and now offers fighter jet flights across the world. MiGFlug was first only meant as a project name due to a lack of a better idea. But the name stuck at some point and is still the company’s name nowadays: MiG is for the legendary Soviet fighter jets. Flug means flight in German.

What makes MiGFlug stand out?

MiGFlug is a company like no other. A small, highly specialized and professional company that operates without expensive intermediate distributors. Fighter jet flights is what MiGFlug does – period. One of the core goals of MiGFlug was to try to keep prices as low and affordable as possible so anyone can fly a real fighter jet. And this with a very high quality of pilots and the equipment – since MiGFlug is convinced that it is absolutely not possible to make compromises there. Safety comes always first. Thanks also to a lot of love put into customer care, these factors led to numerous enthusiastic reviews can be found on platforms such as Google, Tripadvisor or Trustpilot. Like roller coasters? Let’s take it to the next level!

It becomes harder and harder

The opportunities that MiGFlug found is somehow a consequence of the end of the Cold War, and the downfall of the East block. Suddenly there was a ton of top notch military aviation equipment around, and at the same time a need for finance. As a consequence, it became possible to fly even fourth generation fighter jets, such as the Mikoyan MiG-29 Fulcrum or the Sukhoi Su-27 Flanker. Besides, for a while MiGFlug even offered flights in the insane MiG-25 Foxbat, an interceptor that holds countless speed records. This exciting world of widely available fighter jets for flights with Civilian customers at reasonable prices unfortunately no longer exists. An overview of what is currently available can be found in MiGFlugs overview of available fighter jet rides. (Link to https://migflug.com/flights-prices/ )

There are were – and are – different factors that play a role here, namely Politics, aircraft and spare parts available and at reasonable conditions, and fuel prices. Let us explain.

Obvious reasons why costs have been increasing are factors like rising fuel prices. They go up and down – MiGFlug tries to flatten that curve and « swallow » that volatility. MiGFlug has been able to keep US and European fighter jet flight prices more or less flat until as long as 2020, so for 16 years. As they believed that oil prices seen in 2008 were not sustainable, they decided not to increase prices. An exception was the MiG-29 with clearly higher prices, due to the Russian operator, a factor outside of their control. At the same time costs for maintenance are rising steadily, mainly due to the increased scarcity of spare parts. And the stock is also getting older, which does not help. And here costs will further rise, probably at increased speed. That same development could be seen with famous WWII Warbirds such as the P-51 Mustang. A Mustang could still be bought in good condition for $50‘000 in the 80ies. And maintanance was cheap. Today a nice P-51 is being sold for several millions. And on top of that, maintenance is costly. That same problem is increasingly faced by MiGFlug, just witha delay of some decades. There are less and less spare parts on the market, engine replacements will have to be done one day and so on. The Swiss Hawker Hunter for example already needs custom-tailored wheels as they are not produced anymore. Also, over time the know-how to maintain these jets and keep them airworthy will fade. That’s not an immediate problem, and many operators have fantastic crews with young mechanics who get a very good training. But on top of that, there is another challenge: The regulatory constraints for the aviation in general and those civilian fighter jet flights in particular.

The increasing complexity of fighter jets of the 4th generation makes it unlikely that new jets could become available for flights. The Russian jets such as the MiG-29 Fulcrum (and before 2006 the Su-27 Flanker and MiG-31 Foxhound) will probably stay exceptions. Operations of supersonic fighter jets like the English Electric Lightning by Thundercity in Cape Town, or the Mirage III operations in Switzerland are very expensive and probably not sustainable – Thundercity already stopped the operations with the Lightnings and Buccaneers, and the Swiss Mirage III will only fly as long as there are some hours left on the current engine.

The End of History?

In 1989, the well-known political scientist and economist Francis Fukuyama published his famous essay „The End of History?“ It suggested that what we may be witnessing is not just the end of the Cold War, or the passing of a particular period of post-war history, but the end of history as such: that is, the end point of mankind’s ideological evolution and the universalization of Western liberal democracy as the final form of human government. Today we know that this theory has been proven wrong. Players such as China or Russia challenge that generalisation and universalisation of Western values. There are more and more tensions between different players and visions. We since saw 9/11, Afghanistan, Irak, the Arab spring and a conventional War with tanks and artillery fought in Ukraine. And of sadly, War crimes, and not just in Ukraine. War machines are actually being used again – unfortunately – for what they have been built for in the first place. And there’s another reason why advanced technology will not find its way to the market. The US Navy F-14 Tomcats for example were destroyed as the arch enemy Iran is still operating the F-14s ordered under Shah Reza Pahlavi in 1974. At that time, Iran was pro-western and got the latest US technology. Today Iran could profit from spare parts and upgrades made in the US meanwhile. And in general, countries are much more careful with making defense technology available. To sum up the above: The future doesn’t look bright for fighter jet flights in the long run.

How does it look in a short term?

The positive side is that there could be an improvement before it gets worse. There is a possibility to bring back supersonic flights in aircraft such as the MiG-21 Fishbed. MiGFlug participates in not fewer than 3 projects. But it certainly looks like prices will see only one direction going forward. MiGFlug also plans to go fully carbon neutral in the near future. Already for a while – and before it became sexy – MiGFlug was engaged in keeping emmissions as low as possible. For example, heating was replaced from gas to sustanable heat pumps, solar panels have been installed, and recently, as they became available, it changed to electric cars. But it is in the nature of these jets that they are not very green. Although it must be said that the Aero L-39 Albatros, which ist MiGFlugs workhorse, has a reasonably low fuel consumption and doesn’t cause high amounts of CO2 during a customer flight.

What ist the advice to other businesses?

Simple: Do a good job. MiGFlug has not been the only company when they started, but they are the only one left. That is because they cared a lot for their clients, but also for their crews. The MiGFlug founders are convinced that in times where everyone can do a 2min research online and read some reviews, it does not pay off to be an evil business. With the nature of the business, that is even more the case. After all, one of the questions the MiGFlug staff gets to hear frequently is: „Is this real?“

Then – from the years of experience – MiGFlug would advise to be somewhat playful and just try things. In their experience, it is often the case that you have a brilliant idea, start off, and… nothing happens. Or at least not much. And other things take off unexpectedly. On of the exemples to each: MiGFlug started off with a flyer distribution back in 2004, in a local airshow with 10‘000 brochures distributed – and not much effect. Although they later learnt that it just needed some time. It often takes years from first exposure to booking a flight. An example of the unexpected taking off is a Youtube video of a stratosphere flight filmed with a wide-angle camera. The video was posted in a flat earther forum by someone form the Flat Earth community, accusing them of a fake (this is a fisheye lense, not the curvature of the Earth!). Those conspiracy guys then posted a ton of comments under the original video, got challenged and a huge discussion started. Views went up insanely already. Then the Youtube algorithm picked it up as it seemed popular – and it had at its peak as many as 20’000 views per hour. This video showing race car driver Josh (link https://youtu.be/PEH8iLjlodM ) now stands at 13.5m views. 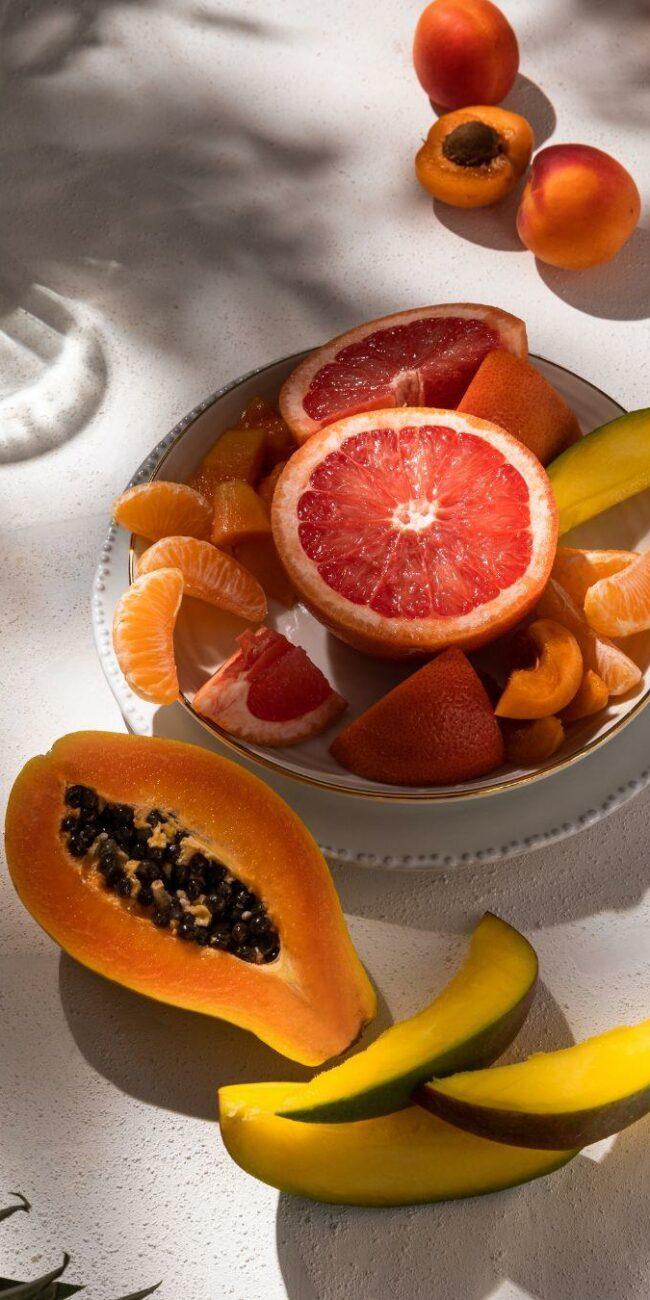 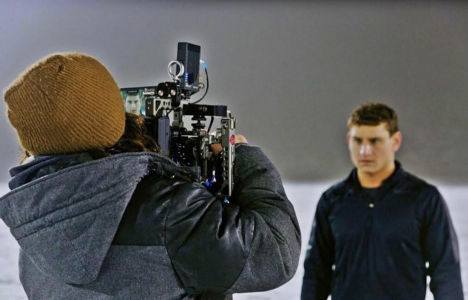